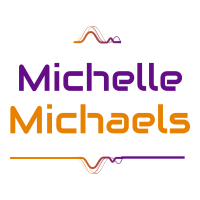 Sh has Source Connect Now, Source Connect Standard and Skype. She won the Communicator Excellence Award for her voice acting. She has worked with Uber, Toyota, Virgin, Nice, Government Departments, Lloyd's of London and  many others.

Her voice is friendly, youthful, upbeat, conversational, natural, warm, helpful, trusting, soothing and sophisticated. Michelle has her own recording studio and can deliver high quality voiceovers in a range of formats.

Comfortable performing in the following accents:

She studied acting at ArtsEd, The Actors Centre and City Academy in London. She was recently awarded The Theatre Lab School of the Dramatic Arts Scholarship for continuing professional development in Washington, America.

Michelle is a Drama, LAMDA, Dance, Voiceover, EFL Teacher/Coach. She has considerable experience teaching children and adults. Michelle has an Enhanced DBS.

She offers both private and group tuition online and in person.

You can read more about the services she offers here.

If you would like classes/training please email Michelle: michelle@michellemichaelstalent.com

Download and listen to my Commercial & Narration Voiceover Demo

A wealth of experience recording explainer video voiceovers for clients - from a range of sectors.

An experienced character voice actor with a broad vocal range, 15- 35. Has succesfully voiced characters for video games and radio dramas.

"Michelle Michaels was wonderful to work with on our Skinfix video project. We provided a general feel we needed for the voice over and she delivered it perfectly and promptly! She is a breeze to work with, produces professional and high quality work and I highly recommend her voice over services."

"Great to work with. Very professional and prompt services."

"Michelle is fantastic! She was very patient with us while we reviewed and feed back into her voice over. She turned everything around faster than the eye can blink. I would definitely recommend hiring her for your next voice over gig."

"She is just brilliant...did exactly what she said, on time...great job...great voice, great service!"